Confinement, unpleasant as it may be, has a history of inspiring great art. During the aftermath of the bubonic plague in 1606, William Shakespeare reportedly wrote two plays—King Lear and Macbeth. While recovering from the Spanish Flu in 1919, Edvard Munch (his The Scream feels a little too real right now) quickly resumed his painting practice. And it was in total (albeit, voluntary) isolation in Concord, Massachusetts, that Henry David Thoreau wrote Walden.

So, as shelter-in-place orders went into effect near and far, we couldn’t help but wonder what new creations would emerge from designers, stuck at home with, in most cases, no access to their studios. We get it, this is serious stuff. The coronavirus epidemic is not simply a creative sabbatical. But while many worry about the implications this virus will have for small businesses, most are trying to keep busy, whether that means experimenting with new materials, making DIY videos for their Instagram followers, or finding new ways to support their design community from the confines of their homes. Here, we’ve laid out seven ways to follow their lead and keep those creative juices flowing, whether you’re a practicing designer or not.

Designers are getting to work on executing ideas that have long lingered in the back of their minds. “I’m taking this time to develop a collection of glass sconces,” says Los Angeles–based designer Leah Ring of Another Human. “I have the molds at home, so I can finalize the designs for those and be ready to put them into production once businesses are back up and running.” She’s also collaborating with her boyfriend, artist Adam de Boer. “We’ve been talking about it for a while, and since we’re quarantined together, it’s the perfect time to develop the concept in more detail. It will be his first foray into the world of home goods, and the most painterly thing I’ve ever worked on.”

Meanwhile, in Brooklyn, Shanan Campanaro is working on a few projects outside her typical wheelhouse: “I painted a plan for a garden I want to build in Amagansett [on Long Island] this spring (I hope it’s still possible), and I did a stream-of-consciousness collage just to see what ideas emerged.”

Jazz up some things around the house

“Spending so much time in my apartment, I’m able to focus my free time on home improvements,” says interior designer Max Zinser. “Yesterday, I painted my bathroom and closet—two chores that always seem to slip through the cracks.”

When quarantine measures were set, Leah Ring placed an order for some crafting essentials—self-drying clay, a tie-dye kit—and pulled out her paints and other art supplies. “I doubt I’ll get bored anytime soon,” she says. Similarly, Joseph Algieri readied his gouache, oil pastels, and Conté crayons, saying, “I’m just going to relax and draw. Maybe I’ll do something 3D too. This is a moment in time where I have the luxury to work on these things; it’s just important to not have anxiety totally consume you.” Other times it does, he admits.

“Sometimes your friend sends you an adorable husky video and you relearn how to relax,” Joseph adds. “It’s such a balancing act.” He misses having access to his usual cache of materials but says it’s made him think more creatively: “I found all of these wooden barbecue skewers in my closet; maybe I’ll manage something from them.”

Creatives across the globe are connecting more than ever online. Artist Liza Lou tapped her followers to join her in making a comfort blanket using old scrap fabric, with hopes that their crafts can be hung from windows or balconies during quarantine.

Meanwhile, New York ceramist Eny Lee Parker took to the platform to organize a healthy competition called Clay Play. She chose seven people (from those who expressed interest in the comments) whom she will send a batch of oven-bake clay. She has asked them to realize, in miniature, their perfect room. (Even if you weren’t one of the selected seven, Eny encourages others to buy their own clay and participate.) The first- and second-place winners will win one of Parker’s own ceramic light fixtures.

For Lora Appleton, founder of Kinder Modern, her focus right now is going into the Female Design Council. “We have our first online meeting tomorrow,” she says. “We are looking to bring more tools, information, and support to this group.”

Laila Gohar—known for her surrealistic culinary happenings that might involve a tower of langoustine or a 13-foot-long mortadella—is stuck at home like the rest of us. But she’s using her popular Instagram account to teach people her simple techniques for staples like beans, greens, and chicken soup. And she’s already inspired countless at-home cooks across the globe to try their hand at the simple pleasures.

Meanwhile, lighting designer Lindsey Adelman is teaching “painting for non-painters,” instructing her followers to trace household produce like sweet potatoes and avocados that they can turn into dreamy compositions with watercolors. Katie Stout has promised some DIY videos, instructing her followers to add acrylic paint, white glue, paintbrushes, masking tape, and an old lamp to their weekly grocery list—and needle and thread, just in case.

Go back to the basics

Not all innovation involves heavy manufacturing or hard-to-get materials. “We’re experimenting with some very simple materials we’ve been meaning to explore for a while—things we can work with at home using simple tools,” says Dylan Davis of Ladies & Gentlemen Studio, which he runs with business and romantic partner Jean Lee. “It’s a change from how we normally work, which often requires special tools or fabricators.” Of the experiments, one of which involves aluminum screen door mesh, which they’ve been cutting with scissors and using to create compositions around their apartment, Dylan says, “It’s so satisfying to get hands on with a process and material. It could turn into a project or product down the road, but not necessarily.”

Think of ways to help

As face masks, safety equipment, and hospital beds begin to dwindle Stateside, designers such as Misha Kahn and Tyler Hays of BDDW have followed the lead of more major companies like Hanes (which will make face masks) and Pernod Ricard USA (which will produce hand sanitizer) to offer their manufacturing capabilities to anyone who can use them.

New York workroom and upholstery company Stitchroom has already channeled its resources into making masks and is taking things a step further with a website that links hospitals in need of these supplies with designers who can make them.

Mon May 11 , 2020
When one door closes, another one opens. Such was the unofficial mantra of actor Jesse Tyler Ferguson and his husband, lawyer Justin Mikita, when the couple found out Ferguson’s long-running ABC show, Modern Family, was ending after 11 seasons. For Ferguson, the series’ end made it the ideal time to […] 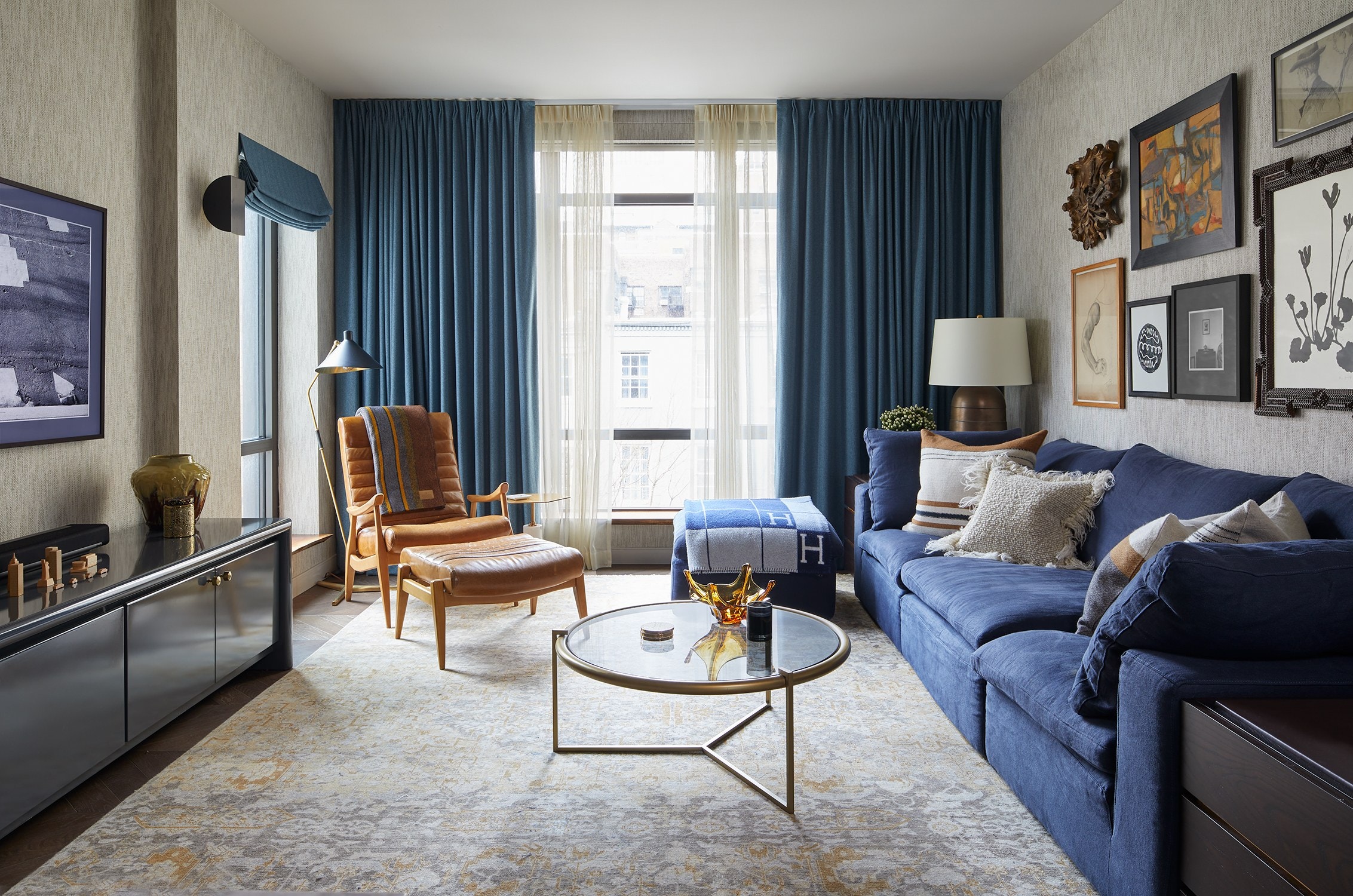