What with the pandemic, it is difficult to set foot outside, and opportunities to escape from home are thin on the ground. Thankfully, Google is there to help us visit some of the world’s most beautiful buildings. Here are four ideas for virtual tours that will enable architecture enthusiasts to get away from it all.

The Villa Savoye by Le Corbusier in Poissy, France

One of the great masters of 20th-century architecture, Le Corbusier was given carte blanche to design the Villa Savoye, a rich client’s second home in Poissy, Île-de-France. The resulting building is an embodiment of the French genius’s vision for modern architecture. It notably features a reinforced concrete structure built on pilotis to liberate space underneath the building, a roof garden, an open-plan interior, long horizontal windows and freely-designed facades that are unconstrained by load-bearing. Built at the end of the 1920s, the Villa Savoye became a listed monument in 1964, one of the few buildings to be awarded this status during Le Corbusier’s lifetime.

The MAXXI Museum by Zaha Hadid in Rome

Finally opened ten years ago, this daring structure in the eternal city was designed by one of the most eminent figures in 21st-century architecture, the recently deceased Zaha Hadid, who was the first woman to be awarded the Pritzker Architecture Prize.

The flagship of the Guggenheim museum network, this extraordinary building, which dates from 1959, is currently closed to limit the spread of the coronavirus. However, the Guggenheim’s website offers a host of activities to stave off boredom during lockdown.

The Catalan city’s most iconic monument, Gaudi’s enormous basilica is still unfinished, despite being under construction since the late 19th century. Thanks to the magic of Google, you can explore this fantastic combination of Gothic and Art Nouveau styles from the comfort of your couch. if you wish to find out more about the famous building, Google Arts & Culture also has a dedicated portal: https://artsandculture.google.com/story/discover-the-unique-architecture-of-antoni-gaudi/iQLiJvHIVcEzIw

Tue Apr 21 , 2020
EASTNOR, England – Before setting out in this all-new 2020 Land Rover Defender, please allow me a few words about its legendary predecessor. After a terrible winter, the British summer of 1947 was one of the warmest on record. It was probably shirt-sleeve order, then, when Maurice and Spencer Wilks […] 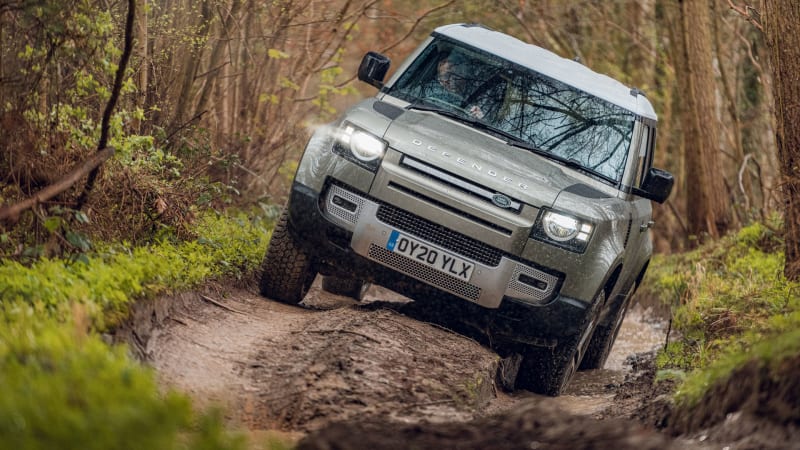