LOS ANGELES (AP) — Tan France’s first day back at work after quarantine was a photoshoot.

No one came near him.

He was shooting photos for a new Etsy gig and while the style expert on Netflix’s “Queer Eye” was pleased with the results, it was strange for him to be working hands off.

“It was the first time I had been around anyone other than my husband. And it was very surreal,” he recalled.

Social distancing is the opposite of his usual working set-up. On “Queer Eye,” he’s used styling people into a more confident mindset.

That involves getting into others’ personal space and wardrobes, which is one of the reasons production on the next series of the reality show is currently suspended.

That’s fine with France. He and Jonathan Van Ness, the show’s hair expert, are the ones who really get up close with people: “I don’t think any either of us are excited about that right now.”

While many TV shows have adjusted to remote filming, France thinks the Fab Five’s feel-good magic would disintegrate if it wasn’t in real life.

“You can’t really do ‘Queer Eye’ virtually,” he says. “So much of our show is, I know it’s going to sound silly, but we embrace so much. We are there to wipe their tears away.”

Deprived of people to teach how to transform their outer shells into inner power, France has turned his hand to styling — at home.

His new house in L.A. is being renovated and decorated, but he hasn’t asked Bobby Berk, the show’s interior design pro, for any advice.

“I have learned a lot from Bobby and his team on the show, like a lot. However, I’ve always felt pretty good about designing homes or just what I like. And our aesthetics are so different. He’s a lot more modern than mine.”

By comparison, 37-year old Tan calls his taste “chic grandma” and admits to being delighted at getting his hands on a cardigan with pearl buttons.

Tan is also keeping busy preparing for the debut of his first MasterClass, which will allow viewers to hear his views on style, as well as curating a collection of present ideas for Etsy, which drops on Monday.

When it comes to gifting, France is so confident in his taste that he doesn’t keep the receipts.

“And so when I give a gift, I will find that information to know that when they open it, they’ll think, ‘How the heck does Tan know that I love this?’”

France happily splashes cash on high street looks and only uses a work wardrobe budget — a.k.a. someone else’s money — on big label items.

“I love Zara. I love J. Crew. I love the stores that I used to love three years ago. I haven’t changed. I’m going to sound like Jennifer Lawrence when I say this but I still get to be completely normal. That life that we see on the red carpet is a moment. It’s not my real life.”

And with fashion weeks getting ready to show their new season collections this month, France says that’s one stylish thing he’s happy to do from a distance.

“I don’t think I would go to a show right now. I just I don’t think I’m ready to be sat next to other people. But I’m really excited to watch virtually, because I know that that is what London Fashion Week is doing for many of their shows.”

35 Pet Peeves Interior Designers Have About Your Home

Thu Sep 17 , 2020
What you see when you walk into your home: a great place to get work done, hang out with friends, or rest your head at the end of the day. What an interior designer sees when they walk into your home: pictures hung wrong, furniture placed weirdly, and rugs so […] 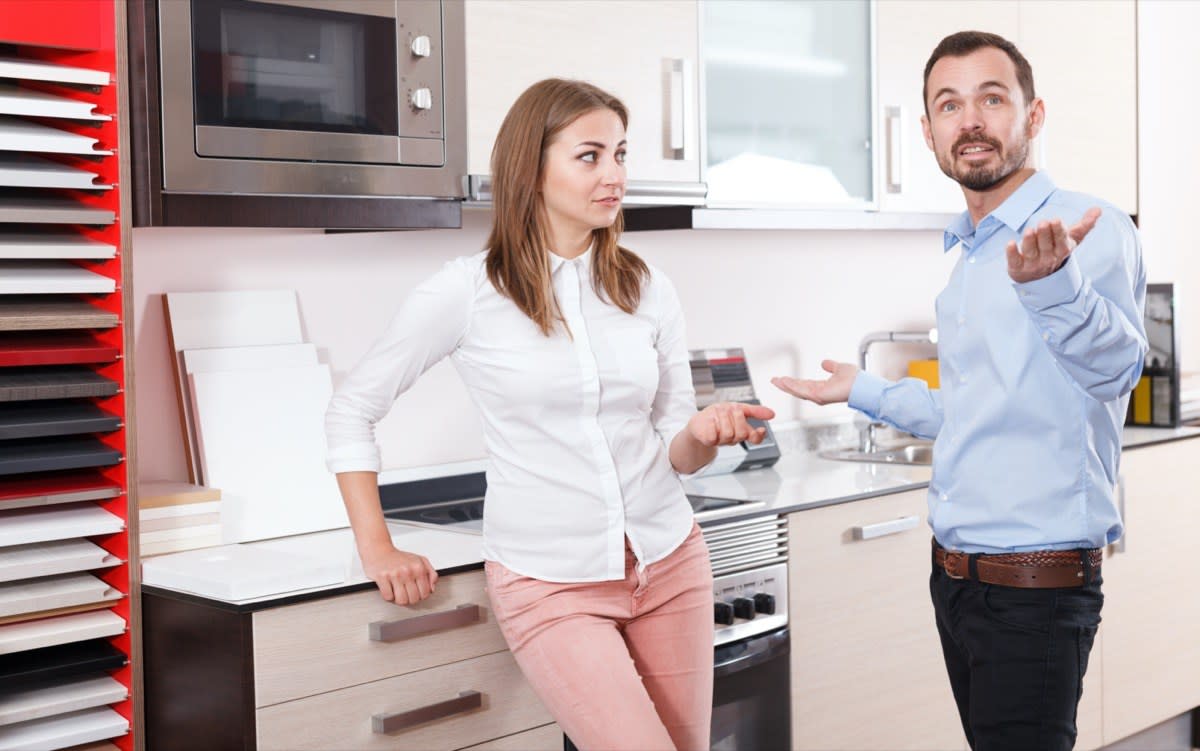