Throughout time, humans have theorized about the afterlife: Would the world beyond our own be pearly or dark? Boring or active? Up or down? As Peak TV increasingly explores the great beyond, it’s become clear that omnipotent beings are concerned with a lot of things — but they’re primarily interested in mid-century modern decor.

The aesthetic has been the guiding hand most recently of Loki, whose earthy tones and 1950s-inspired offices of the Time Variance Authority made it stand out from other Marvel properties like a brown paperclip. But it’s not alone in seeing mid-century modern as a guiding philosophy of the metaphysical realms: Forever, The Good Place, Good Omens and The Umbrella Academy all outfitted themselves in the same way.

There’s a logic to this — after all, the style is innately rigid and scalable. Whether it’s in architectural, graphic, or interior design, mid-century modern philosophy is guided by simplicity and straightforwardness: clean, practical lines; geometric shapes; bright colors and wood accents. Many of the most iconic designs — your Eames shell chairs or Isamu Noguchi’s coffee tables — eschew traditional ornamentation to simplify the form. The pieces are polished, but still a little bureaucratic. And their use on TV reflects this, often becoming the design of choice for a place that is as streamlined as it is uneasy — your time agencies (Umbrella Academy or Loki) or an afterlife where something is off (Forever and The Good Place).

And while those sleek lines might make for attractive furniture, that chair may not always be the comfiest thing — something everyone from Good Place creator Mike Schur to Forever’s production designer Amy Williams sought to exploit as they needle their show’s inhabitants. “It’s perfect looking, but the reality is, is it comfortable? It’s the classic form versus function conflict,” Williams explained to Apartment Therapy about setting their version of the afterlife in SoCal’s mid-century modern houses. “Would you really want to sit on it forever? We loved the idea of ugly beautiful and finding beauty in the faults in the different homes and environment.”

Loki’s production designer Kasra Farahani sought to evoke something similar, albeit rougher, with brutalism and Eastern European mid-century modernism as “big influences for these imposing monolithic, intimidating scaled spaces in the TVA,” while using the “warm and whimsy” of American styles. “Those influences worked into what that expanse would be, which is quintessentially TVA in that it’s a place outside the physical world,” Farahani told Polygon.

It’s an odd thing to say of a design style which is just as if not more popular now (and largely unchanged) as it was between the 1940s and ‘70s. But its long tail might be another reason mid-century modern is the aesthetic of so many great beyonds: its age brings the perfect nostalgia hit for creators whose parents and grandparents houses might’ve gone in on the design. That timing helped drive The Good Place’s use of mid-century modern, both in its most severe (The Bad Place’s 1950s styling) and its lightest (Eleanor’s clown house). “What architect going to school, at any stage doesn’t love mid-century modern?” Adam Rowe, art designer on the show in seasons 3 and 4 told The Atlantic. “Plus the age of the actor … If he was designing kooky ’80s architecture or ’70s skyscrapers, I don’t know if those would fit.”

Mid-century modern also plays directly into a current theme of the zeitgeist: reinterpreting and recontextualizing historical events. High-profile cultural touchstones like the O.J. Simpson trial, President Clinton’s sexual impropriety, and even #MeToo have been reexamined on everything from TV to podcasts. There’s a cultural hunger to seeing black-and-white establishment muddied with gray and turned on its head. And it’s something Loki, Good Omens and The Umbrella Academy play with as their protagonists battle against enforced destiny. It seems no coincidence that the byzantine structures are guided by mid-century modern, a design philosophy at once lightly eccentric but still slavishly functional.

Modernist pioneer Le Corbusier once said that “A house is a machine for living,” a reasoning evident in the base functionalism of mid-century modern design. It seems natural this ideology would guide otherworldly realms — and just as natural that the characters in these stories would rebel against its dictums. If mid-century modernism was originally borne out of the elegance, simplicity, and optimism of modernism, then these shows’ casting off of is just another way to mutiny. What each of these shows reveal is that we’re not interested in the perfection or order either mid-century modern or the metaphysical brings, and we want no part of the past or future they represent.

Fri Sep 24 , 2021
Even if you’re perfectly happy with the way your home looks, it’s always worth having a few design books around to keep you inspired (and to see what everyone else’s space looks like). Thankfully, interior designers and architects publish new monographs every year in droves—these tomes often document a series […] 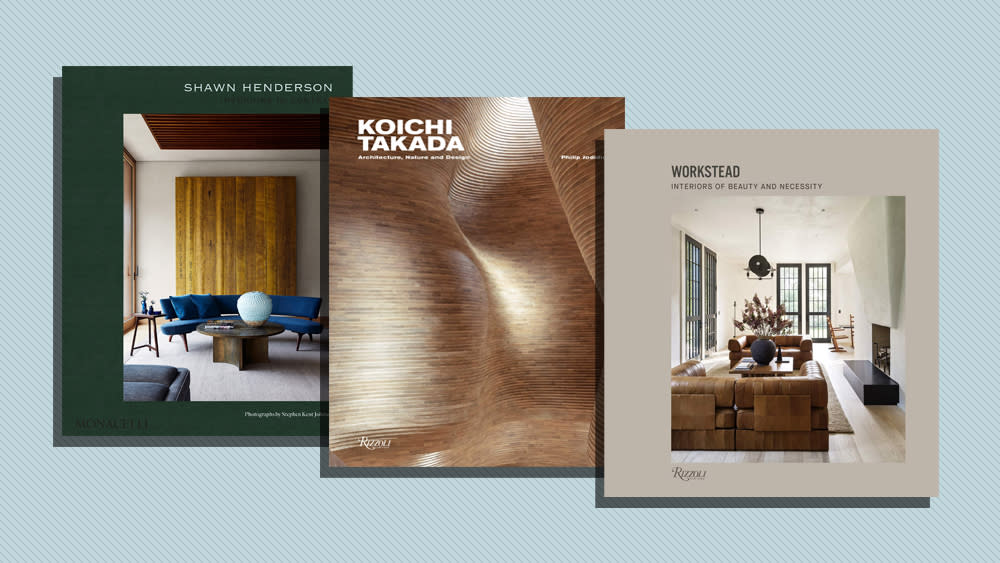