The first library I ever knew towered over my childhood bed in a split-level Colonial in suburban New Jersey. There were two floor-to-ceiling wood-laminate bookcases stacked with books that my father, an insatiable reader, generally didn’t need but wanted to keep nearby. It was a weighty enough collection that my mother sometimes worried about the cases toppling over and crushing me as I slept. What happened was far more dire: I amassed my own collection. I got a job at the local library, then a liberal arts degree. I attempted to make a living reading, writing, and thinking, a folly in which I remain actively engaged.

During our long, international nightmare of isolation, the personal library—which has always been stereotypically thought of as a refuge for professor types with patched elbows to chomp stogies and sip brandy—has emerged as a tool to convey the intellectual wherewithal of talking heads Zooming onto cable news from their own homes. On social media, onlookers gave a coup d’oeil to the contents of celebrities’ bookcases—20 volumes of the Oxford English Dictionary neatly lined up on Cate Blanchett’s sage-green shelves, a row of bobbleheads and a bottle of Maker’s Mark in Andy Cohen’s modular oak unit. But a dissection of a person’s bookcases obscures the visual cue that a library is more likely to suggest: that of contemplation.

Since most of us lack the soaring ceilings of the New York Public Library or the made-for-Instagram atrium of the Tianjin Binhai Library, in China, the bookcase, in many homes, serves as a signpost that here is a room or a nook to stop scrolling and consider something of more permanence. It embodies a greater purpose, though it’s easy to get it twisted. “I remember the trend that all books should be white,” says ED A-List designer Martin Brudnizki, whose projects include the new Pendry West Hollywood Hotel. “That’s not what a library should be. Thought is not minimalist.”

Home libraries had it bad for a while. The very thing we were taught not to do—judge a book by its cover—fueled myriad design trends. Thanks to companies that charged by the linear foot for ready-made collections of leather tomes and paperbacks, appearing to be well-read suddenly came at an attainable price. Then there was the Instagram directive to arrange books by color, thereby creating an installation with all the nuance of a Rainbow Explosion cake.

But that was then—i.e., before March. This newly found time at home invites an opportunity to consider not only which books are on our shelves and what they look like, but also how the library makes us feel. We now want to be like Keith Richards in his Mica Ertegun–designed Connecticut library (shown above), to kick up our feet and stay awhile. To find solace in the warmth and beauty of humankind’s vast creativity and acquired knowledge. There’s now a growing need for interior designers to create “sorbet for the soul,” as ED A-List designer Katie Maine of Maine Design describes the modern library. “The world outside is crazy,” she says. “You can go to this place to shut it out.”

But how does one set about creating such an oasis? For ED A-List designer Alyssa Kapito, it’s simple: “We wrap libraries in oak paneling or fabric,” she says. “Not only to create warmth, but also to allow you to visually disconnect from everything else around you.”

My own library consists of a bookshelf and a single-cushion love seat. Books and records culled from my late father’s collection stand alongside candles and photo albums. “I have two bookcases piled with lights and tchotchkes,” Brudnizki says. “It’s an eclectic, mishmashy-looking thing, which is the whole point.” Unlike the tyranny of color coding and social-media moments, the new trend in personal libraries concerns what’s on the inside: ideas, inspiration, and respite from the rest of the world.

This story originally appeared in the September 2020 issue of ELLE Decor. SUBSCRIBE

Tue Aug 11 , 2020
HOLA Design is a Warsaw, Poland-based design studio founded in 2005 by Monika and Adam Bronikowski. Although their focus was originally directed inside the home, the studio has also gone on to establish Exterio, which is dedicated more to architectural designs. With this format, they offer design services from top […] 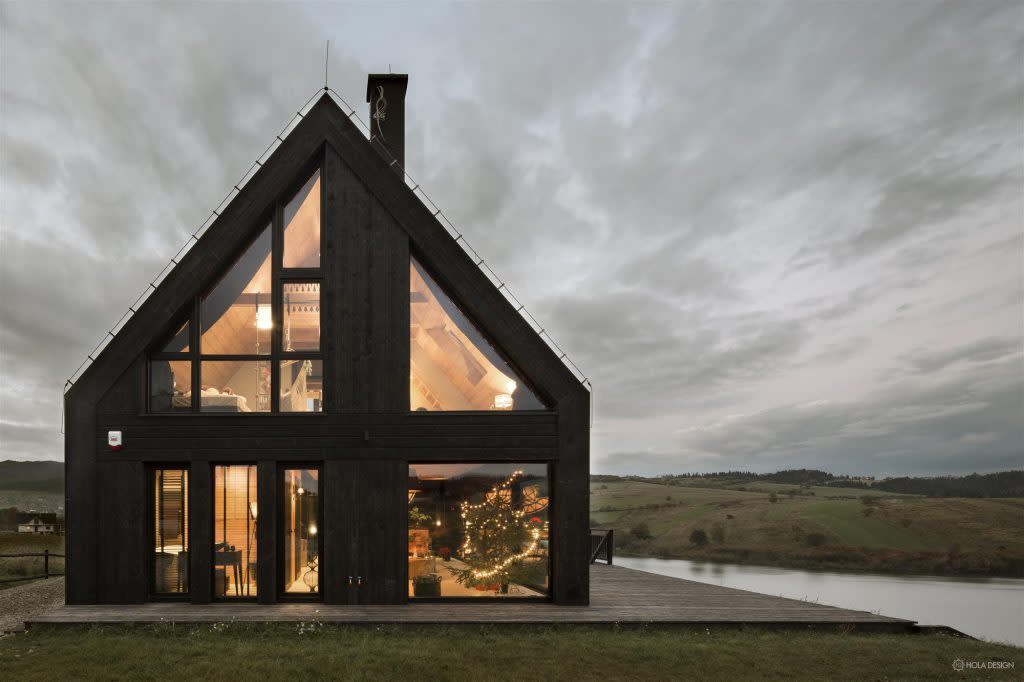