When one door closes, another one opens. Such was the unofficial mantra of actor Jesse Tyler Ferguson and his husband, lawyer Justin Mikita, when the couple found out Ferguson’s long-running ABC show, Modern Family, was ending after 11 seasons. For Ferguson, the series’ end made it the ideal time to invest in a larger home in New York, as he’d no longer be tied to Los Angeles for filming. “I feel very at home here,” Ferguson says of Manhattan. “I was strictly a theater actor before moving to Los Angeles, so New York sort of feels like my true home.” And, with the couple recently announcing they’re expecting their first child in July, there was no better time to upgrade their East Coast digs than the present.

As Los Angeles is the couple’s primary residence, finding the perfect apartment across the country was no easy feat. But the process was made easier once Ferguson enlisted the help of his friend and former Broadway costar, Sarah Saltzberg, who is also a licensed real estate agent. She guided them to a new build in Chelsea, where the couple was actually among the first to move in. “We knew we wanted to be in a new building because we had previously been in a prewar and [now] we wanted things like central air conditioning,” Mikita says. Ferguson was also entranced by the sleek lines of the kitchen and the preponderance of natural light. “I like the idea of a clean look: You can’t really see where the refrigerator is because it’s all integrated. That was very appealing to me.”

But even though the two-bedroom, two-and-a-half-bath unit was brand-new, there were still a few questionable design decisions that the couple opted to fix before moving in. Most glaring? “There was actually, strangely, no drawer for silverware in the kitchen, so we had to figure that out and add it,” Mikita says. And, this being New York, space maximization was crucial. “Every time we augmented something, we tried to do it in a way where we would add storage as well,” Ferguson says. “We were always looking for places to tuck things away.”

Mikita likens the apartment pre-move-in to a blank slate. “It was beautifully done, but we came in and added our personality to it,” he says. Helping to realize the couple’s vision was their longtime friend, set and interior designer Peter Gurski. “I’m a storyteller,” Gurski says. “I like to tell a story because of my background in films and television. A lot of the clients I have are people in a creative field and they have a sense of—or ideas of—what they would like, and I help them translate that and make a reality of it.” Gurski describes Mikita’s style as playful, and Ferguson’s as more traditional, but there is commonality. “They love color, if it’s well-curated. They love an interesting shape or design,” Gurski says. “They don’t mind vintage or unusual. I think they’re both, in their own way, risk-takers with design.”

Gurski and his team spent about six months renovating the apartment, with the biggest changes being evening out oddly placed niches and setbacks in the walls, and building in storage spaces into every room. Once the bones of the layout were in place, Gurski worked hand-in-hand with the couple to furnish the space with a cool, blue-heavy palette. While at 1,500 square feet, the apartment is spacious by New York standards, cozy details like embroidered animal pillows and lush throws add a homey touch. Texture was added in the form of different wallpapers and three-dimensional wall hangings. The powder room, in particular, is especially memorable, with custom black-and-gold Donald Robertson wallpaper that depicts the couple’s dog as well as New York scenes.

The open-floor plan of the apartment means the common rooms flow into one another, but the couple say their most-used spot is the sun-drenched living room. “One of the things we really wanted—and we had the space for it for the first time in New York—was a really nice, big couch,” Ferguson says. “So, we got the cloud from Restoration Hardware, which I think a lot of people own. And they do because it’s such a great couch.” Another of their favorite items in the room is their Frame TV from Samsung, which displays art when not being used to watch a show. “I don’t know why I don’t have one in every room now because they’re so beautiful,” Ferguson says. “It’s a great way to display a piece of art, but then it’s also television.”

The living room is also ground zero when the duo entertains; they actually hosted Christmas here for both of their extended families. “It’s where we told them all that we were pregnant, so that was a fun way to celebrate the apartment,” Ferguson says. Aside from acting, Ferguson is also an accomplished chef, who is currently hard at work recipe testing for his first cookbook. “Justin is lucky enough to be a taste tester for it,” he says. “I love to eat; I don’t love to cook,” Mikita adds.

Wed May 13 , 2020
Welcome to Second Life, a podcast spotlighting successful women who’ve made major career changes—and fearlessly mastered the pivot. Hosted by Hillary Kerr, co-founder and chief content officer at Who What Wear, each episode will give you a direct line to women who are game changers in their fields. Subscribe to Second Life on iTunes, […] 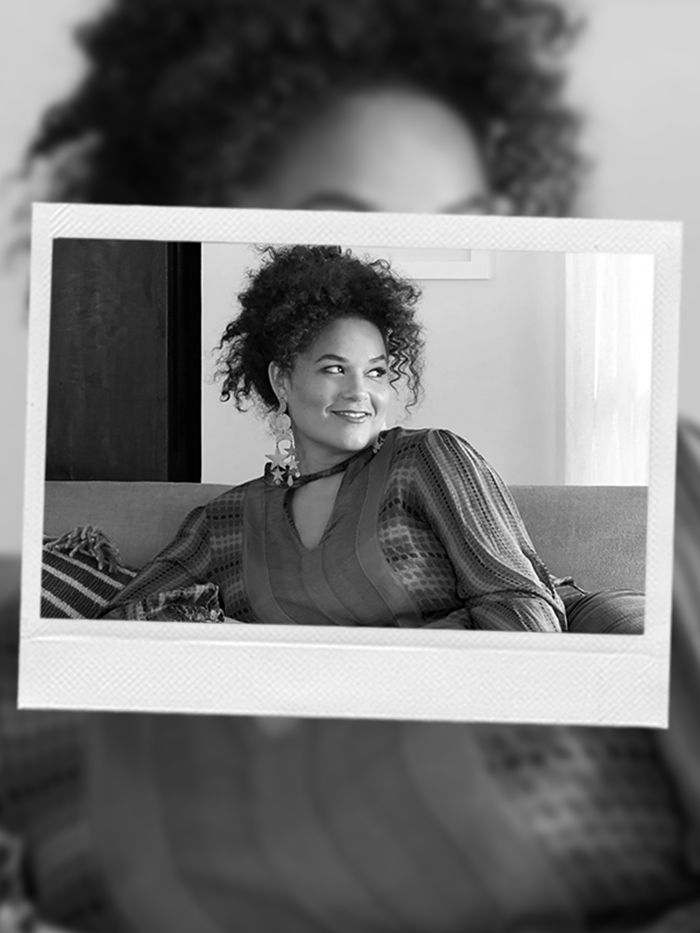