Interior design trends are influenced by all kinds of sources. Magazines, home improvement centers, and even smart marketing campaigns from flooring and wall decor companies are all capable of leaving super big impressions, if the designs they showcase speak to us.

It wasn’t so long ago that our photo albums and scrapbooks held design inspo in the form of ripped newspaper clippings and magazine articles. Then of course came the black hole known as Pinterest, where virtually every type of interior design is pinned, shared, and talked about several times over in a matter of seconds.

More recently, Budget Direct Home Insurance was curious about the connection between the famed social media platform and its association with popular interior design influencers around the globe. Naturally, they put their best data scientists to the task of finding out who were the most pinned designers and design styles.

The technique used in gathering this information was quite hands-on. The team first scoured major design sites like Housebeautiful.com, Elledecor.com, and Indesignlive.com. They also reviewed regional design sites in order to generate a well-rounded list of talked-about and referred-to interior design professionals. With those names in hand, they then went about combing through millions of pins until they identified the top 10 designers with the most pins on boards created by fans.

Following that task, the team did the same thing to pinpoint the top DIY decor trends right now. Budget Direct Home Insurance’s goal here was to discover who and what are inspiring homeowners during this period of increased home renovation. Now, the results are finally in:

The most-pinned interior designer in the world is Joanna Gaines (USA), with 238,163 pins. The entire world. Of course, it’s not too surprising if you’ve ever flipped between TV channels or perused a magazine cover at the grocery store. Joanna is everywhere, and her style is definitely inviting.

Outside the USA, the most-pinned interior designer is Axel Vervoordt (Belgium), with 69,416 pins. In the UK, Zaha Hadid is popular with 57,168 pins, and Australia’s most-pinned designer is Greg Natale (11,985 pins).

Moving to the most popular interior trends according to Pinterest users, it appears that what is old is new again, with vintage amassing a whopping 2,665,779 pins. Representing global interests, Indian style claimed 2,138,964 pins. Arts & Crafts style is always popular and rests in the third place spot with 2,034,783, followed by modern style with 1,761,556 pins (a narrow lead over English style’s 1,760,669).

The next most-pinned interior design styles include country, cottage, French, farmhouse, and shabby chic, in that order.

While interior design is primarily a matter of personal preference, there’s no denying the influence of strong visual cues. With sites like Pinterest driving the opportunity for quick decor ideas unlike ever before, it’s easy to see how any trend could quickly spread regionally and internationally these days. And let’s be honest: it’s much easier to find and pin ideas than it ever was to maintain that scrapbook.

Mon Feb 8 , 2021
Photo credit: Architectural Digest From House Beautiful When you’re a 23-time Grand Slam singles title winner, you need a home that matches your game. Fortunately, tennis legend Serena Williams’s home does just that. She stars on the cover of AD’s March issue, where she gives the outlet a tour of […] 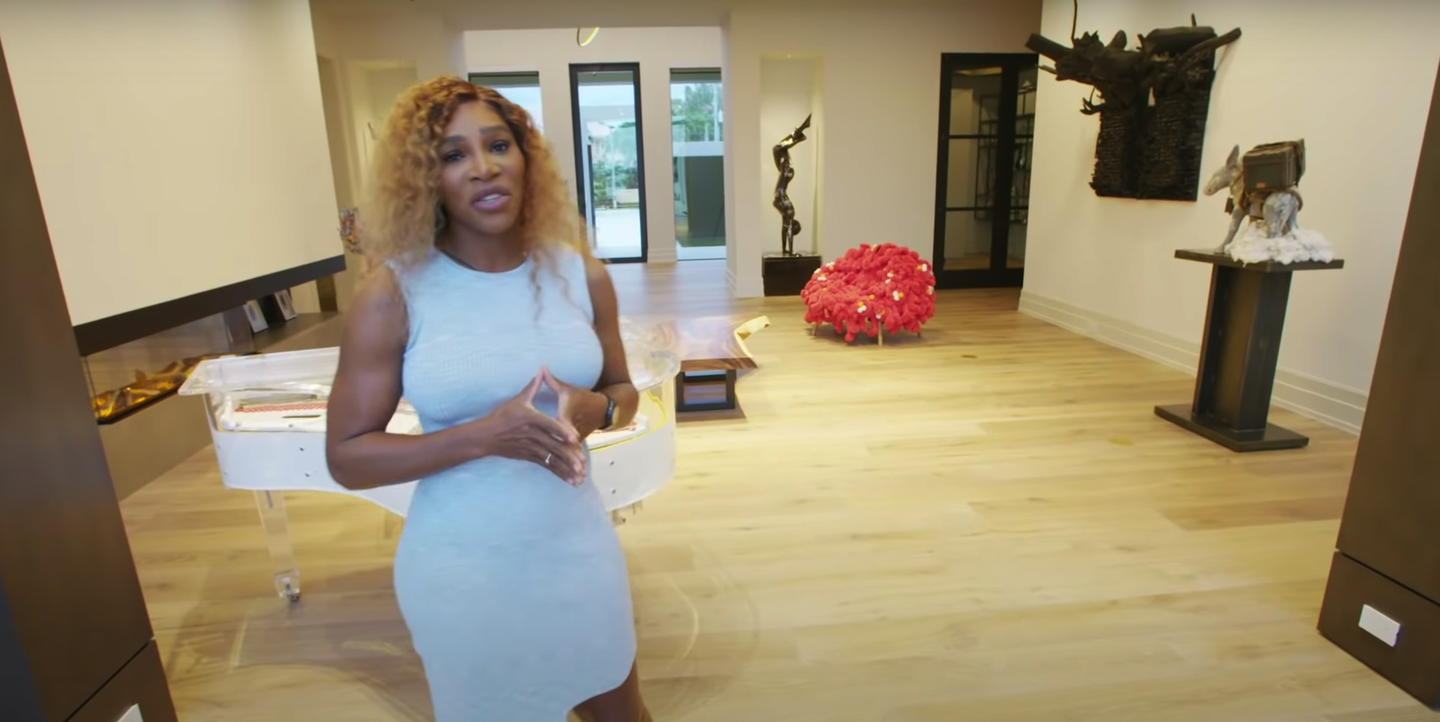