Jessica Swale’s World War II-era “Summerland,” debuting on demand via IFC on July 31, turns the English coastal countryside into a character in the tale of a reclusive writer played by Gemma Arterton — and the house in which much of the action takes place serves as a portal to those surroundings.

Making her feature film debut, Swale, the Olivier-winning playwright who penned “Nell Gwynn,” enlisted set decorator Philippa Hart to create the ambience of the house. It’s there that Arterton’s Alice is writing a thesis about the mythology of the area, when a boy — an evacuee from London — is left in her care. Overcoming her initial misgivings, she establishes a friendship with the child that reawakens her emotionally and allows her to reconnect with the memories of a former love (Gugu Mbatha-Raw).

The house that’s featured in the movie is film-friendly — its exteriors were used in the final scenes of 2007’s “Atonement.” Hart, who has worked on movies including “The Hours,” starring Nicole Kidman as Virginia Woolf, loved that it had the seaside built right into its bones. Production designer Christina Moore, who collaborated with Hart on 1995’s “Sense & Sensibility,” shared her ideas for “Summerland” with the set decorator, referencing Charleston, the East Sussex farmhouse its occupants, painters Vanessa Bell and Duncan Grant, had turned into a virtual canvas and which was a meeting place of the Bloomsbury Group, a society of writers and artists that included Woolf.

“When Christina first rang me about the project, mentioning Charleston’s interiors and garden, I knew immediately the spirit of the look that she wanted to achieve — that Bloomsbury English bohemian aesthetic,” says Hart.

In preparation for filming, Hart and the crew carefully emptied the house of its owners’ possessions and re-dressed it with an eye toward Alice’s hermit-like tendencies. For decor, she and the creative team sourced locally from the town of Lewes. “There are so many great artisans in that area,” says Hart, who runs an interior design company in London. She also relied on local upholsterers and furniture makers.

To demonstrate Alice’s deep connection with the countryside, the decorator borrowed freely from the environs; the home looks directly onto the English Channel and the Seven Sisters — a spectacular series of chalk cliffs on the South Downs.

“Given the house’s location, we were able to dress it in objects directly from the surrounding landscape and seashore, such as driftwood, bird feathers, shells, pebbles, wildflowers and grasses,” says Hart. “A meandering river valley lay behind the house, and a beautiful open chalk grassland lay all around it.”

There were also tide pools nearby teeming with life.

“We set up a microscope in [Alice’s] study for her research,” Hart says. “We also created a darkroom in her bathroom that enabled us to dress the interior with photographs of the specimens that she would have collected. In the film, Alice is writing an academic thesis on the analysis of folklore and the science behind the myths, so every surface would be layered with books, notes, photographs, maps and drawings.”

Ultimately, the house became a perfect jumping-off point to establish a solitary life that eventually connects with the wider world.

An Expert Guide To Buying & Styling Affordable Art For Your Home

Mon Aug 3 , 2020
Art is an immense and relative term, making it either a dream or a nightmare for those attempting to navigate it on a buyer’s level. Regardless of if you’re deciding where to hang a print, debating whether or not to pull the trigger on a first acquisition, or still wondering where […] 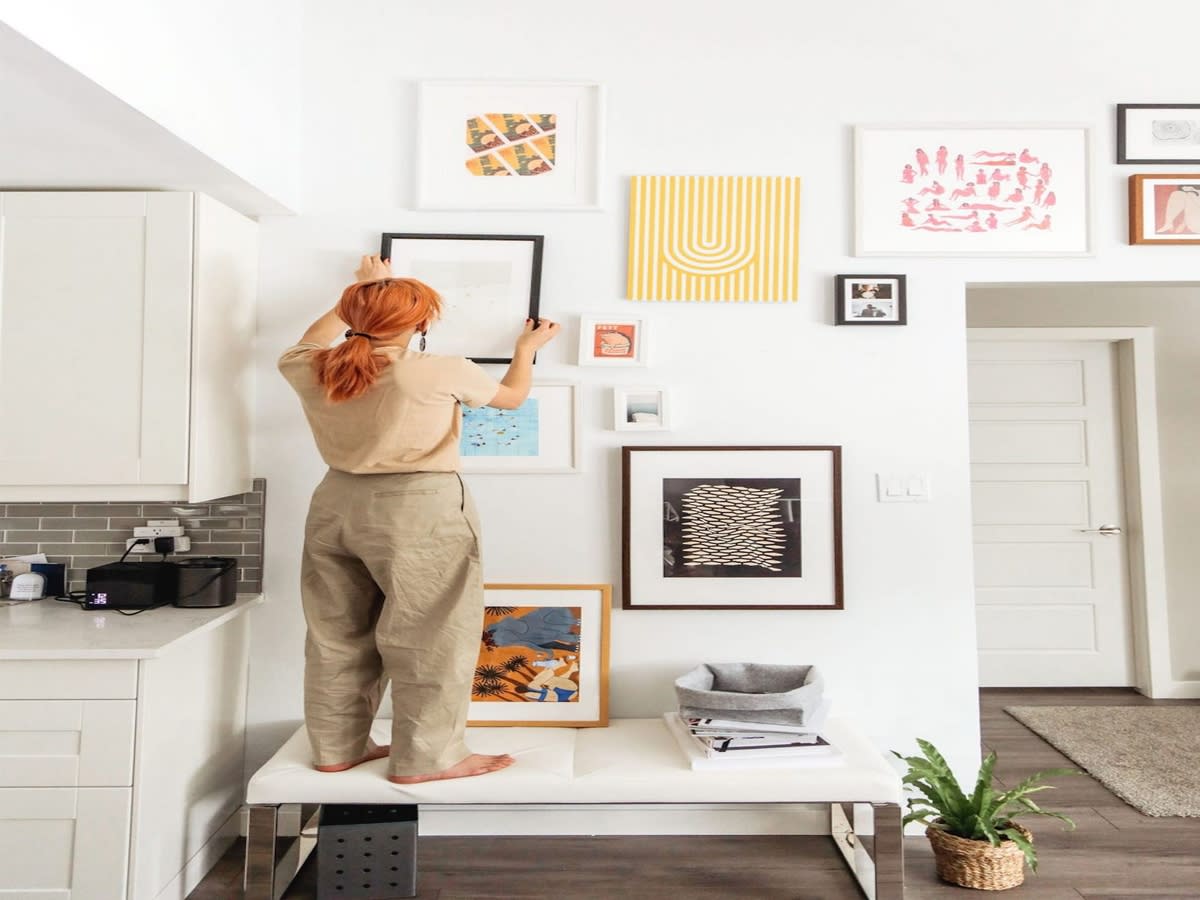