Aug. 29—TUPELO — Britt Caldwell has been making custom lamps and light fixtures for years, decorating homes and businesses since the early 2000s via J Britt Lighting and Interiors.

Before that, he was in the antiques business, including the one he bought from his father.

But through all those years, Caldwell has had a deep desire to expand his talents for lighting and interior design to include one of his personal passions: food.

“I’ve really always wanted to own and be involved in a restaurant,” he said. “But I was probably never going to really do it; I just liked the idea of it.”

He got a taste of the restaurant business helping renovate and decorate spaces like the Tupelo Country Club. He also got involved with projects at Harvey’s and Bulldog Burger, among others.

And that led to the formation about two months ago of his newest business venture: Taste and See.

“Taste and See is a consulting and design business targeting the hospitality and restaurant industries for interior design and other restaurant-related services,” Caldwell said.

His largest project to date — and the one that was essentially the catalyst for Taste and See — was the design of Cantina Del Sol in Tupelo, which opened last fall.

And Caldwell did his own tasting and seeing to ensure owner Fidel Cubillo had the restaurant he wanted.

“I wanted him to see the culture,” Cubillo said in a earlier interview prior to opening the restaurant last fall. “Most people go to Mexico for the beaches, the tourist spots. I took him to the heart of Mexico. We went from very traditional restaurants, mom and pop restaurants to street food.”

They traveled throughout the interior of Mexico and tasted a bit of everything, some familiar, some not. From there it became a matter of what should go on the menu.

Even Caldwell had a say in that.

“He wanted me to get a taste of his culture,” Caldwell said. “I even had one of his favorite dishes, but we didn’t bring it because it was unattractive. It tasted good, but it didn’t look good, and we can’t do that.”

Extensively comparing notes, Caldwell and Cubillo worked together on the design of the restaurant from the ground up, including the menu.

And it seems to have worked quite well.

“Britt took my vision and ran with it,” Cubillo said. “The end result is exactly what I was looking for but would have never been able to create on my own. I was able to have as much or as little involvement I wanted at each stage of the project, but I always knew my project was in good hands.”

Caldwell and his team will start any project from the ground up, or whatever point a client would like them to start.

“Depending on what an individual client needs, it could be selecting flooring; the art and paint for the walls; tables, booths and chairs; lights … you name it,” Caldwell said.

He has expertise in custom lamps and light fixtures for residential and commercial customers and can design them from any number of objects, including buckets, crates, wine bottles and antlers, even a wagon wheel.

“Being in the lightning business in Tupelo we have people tell us all the time how they love it, but now we’re telling them we do more than that now,” he said.

As for Cantina Del Sol, the current crown jewel of his projects, Caldwell appreciates the good review of both the design and the food at the restaurant, but he had a good feeling it was going to work out that way.

Late in the project, before the kitchen equipment had been installed, one of the contractors came in and said, “This place is going to do great.”

“There were no sounds or smells coming from the kitchen, so that comment reinforced to me that the atmosphere does matter,” he said. “Restaurants that have been renovated typically have 25% more business afterward. So that renovation pays for itself quite quickly.”

Caldwell relies on his team to brainstorm ideas, and it was Taste and See’s operations manager, Margaret McCollough, who introduced a mantra everyone follows: “The best idea wins.”

“Sometimes the best idea doesn’t even come from the team,” Caldwell said.

But, often it does. Caldwell said his team is currently working on a project that is 100% them.

“We named it, we came up with the domain names, designed the logo, and we’re working through the marketing and branding for it. We’re also going to launch an app for it,” he said.

Lead designer and branding officer Hailey Newell said the success of the business is, at least in part, because they offer a unique service.

“It’s proven to be a needed service because nobody else is doing it around here,” Newell said.

As for Taste and See’s customers, Caldwell said he hopes to go beyond a local market.

“Our target is regional and national,” Caldwell said. “We want to grow companies into franchising. One of the jobs we’re working on now, every thought process is how will that translate to other areas of the country or how easy is it to duplicate in another footprint.”

And for Taste and See, the goal is simple: Let the chefs do what they do best, which is to focus on the food, and let Taste and See take care of the design and whatever else that’s needed. From there, it’s a unified vision for making the client successful.

“It’s rooted in we’re all foodies and we enjoy what we’re doing — it doesn’t feel like work,” Caldwell said. “That’s kind of when you know where you want to be, and that’s what we’re all about. We’re really having fun.”

Tue Aug 31 , 2021
⚡️ Read the full article on Motorious This wild ‘80s Ferrari is looking for a new home on BaT. Ferrari is a brand built off of the image of some of the most famous classic hand-built supercars in the world. The frightful engineering talent and design skill of the great […] 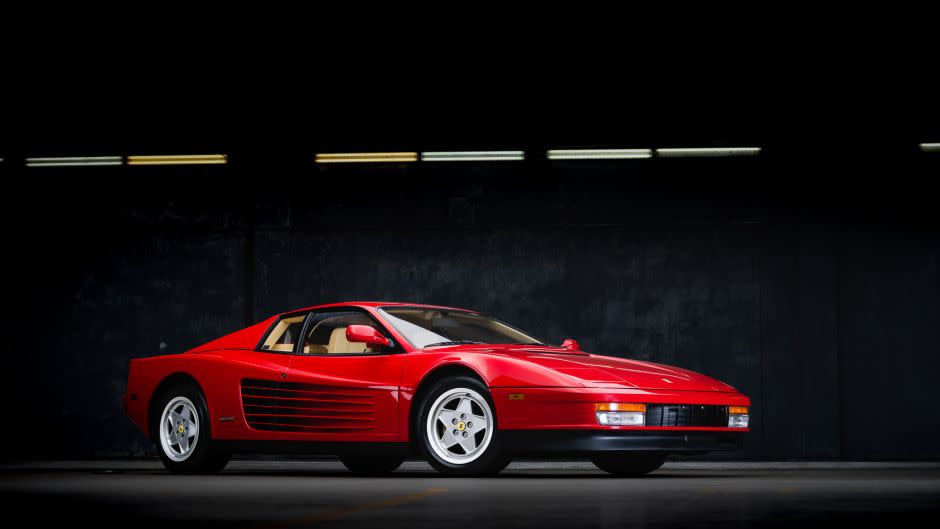